If it Fits, I'll shove it in there 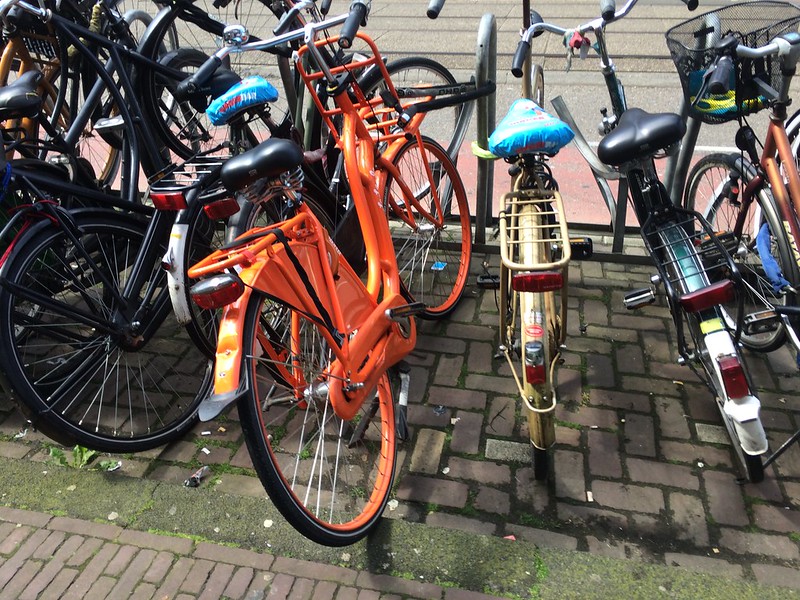 Forget any notion of sidewalk space for pedestrians. Nope my bike goes there 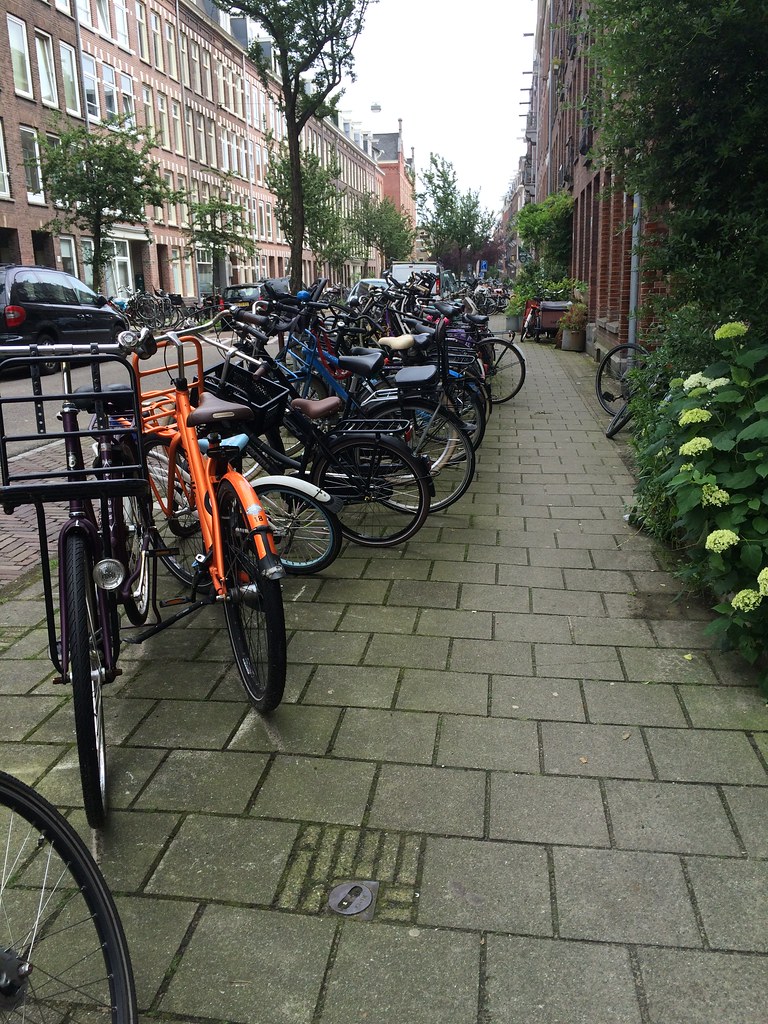 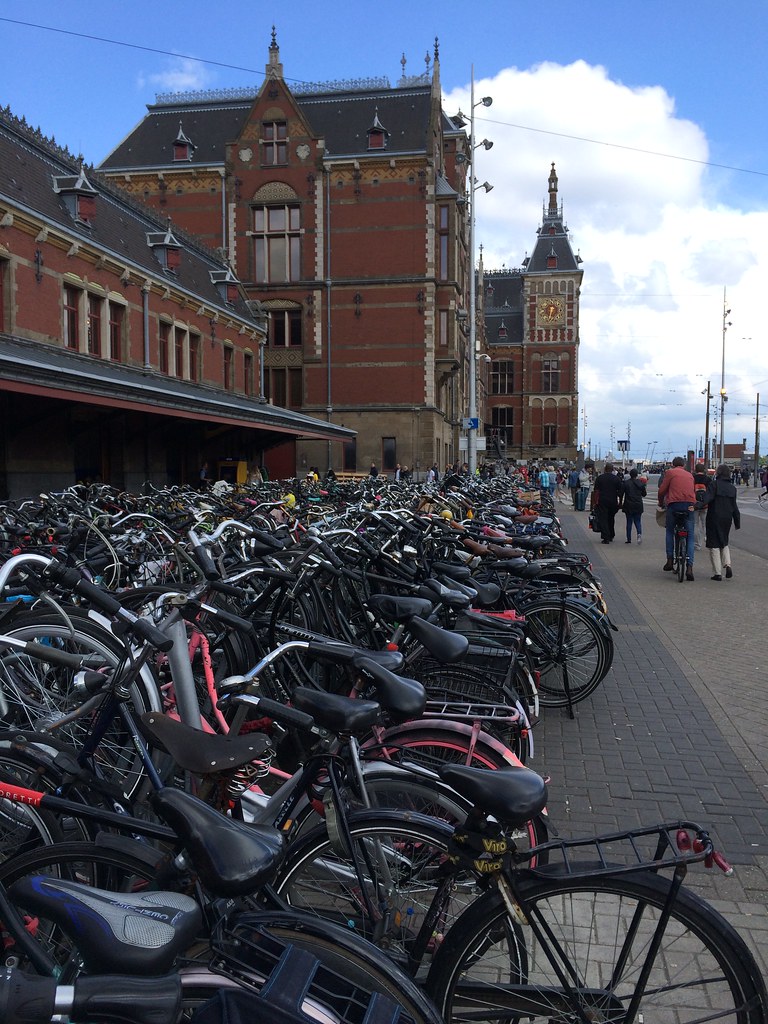 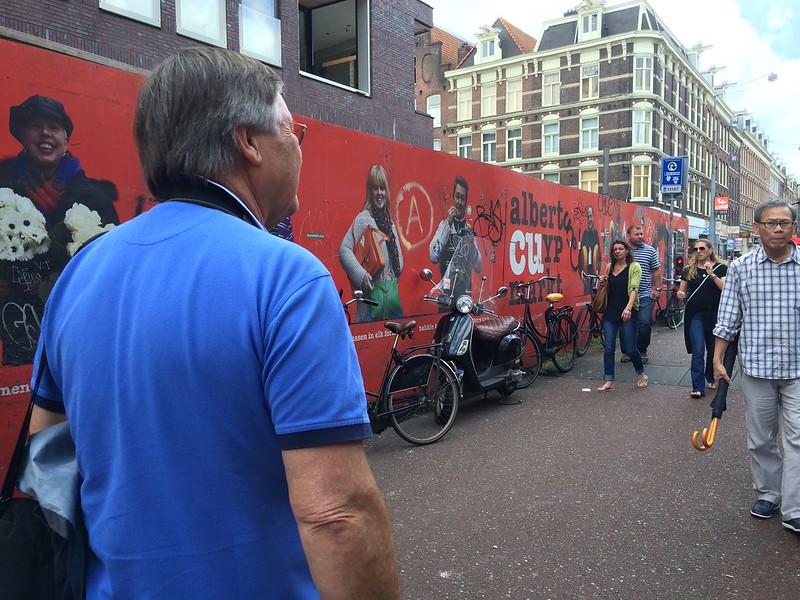 How a proper cycling city is designed: for everyone 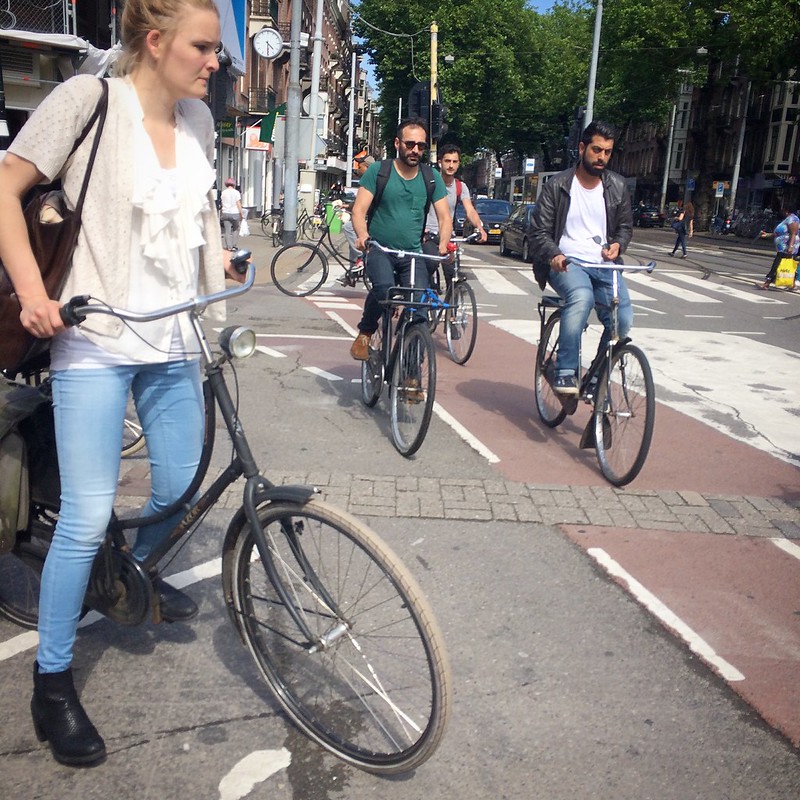 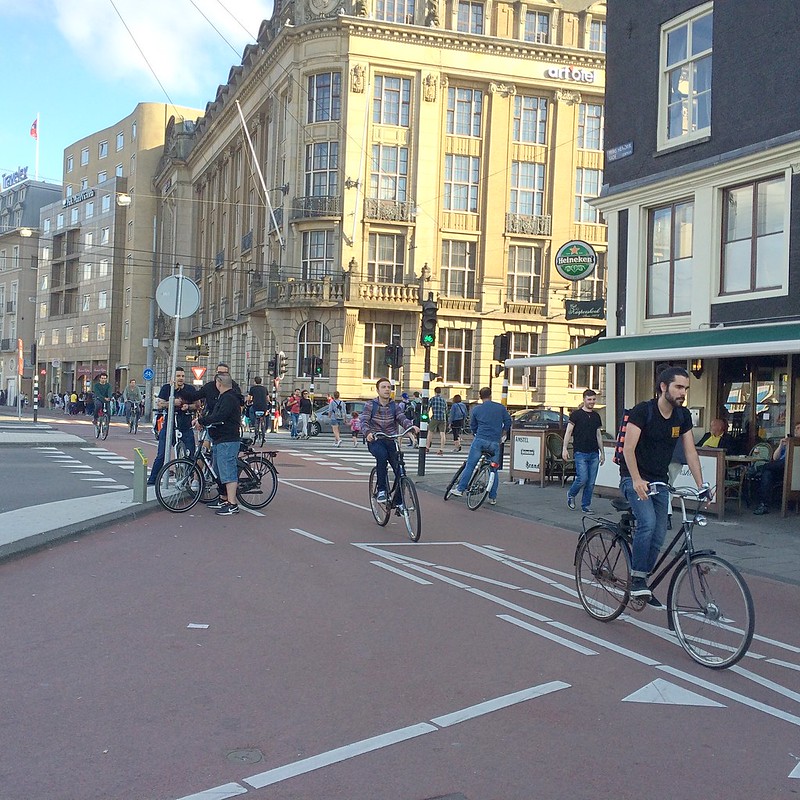 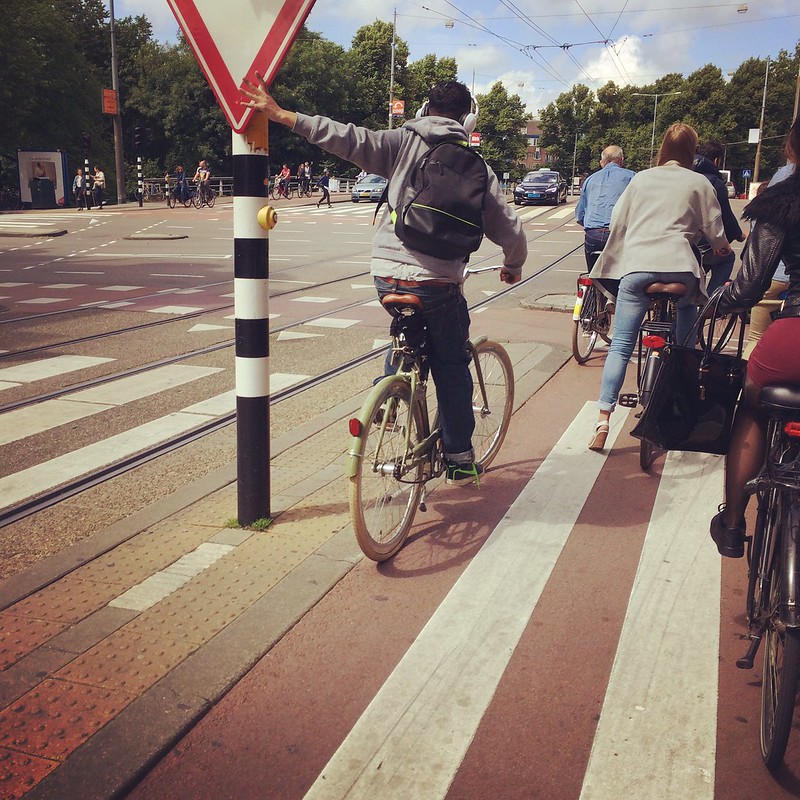 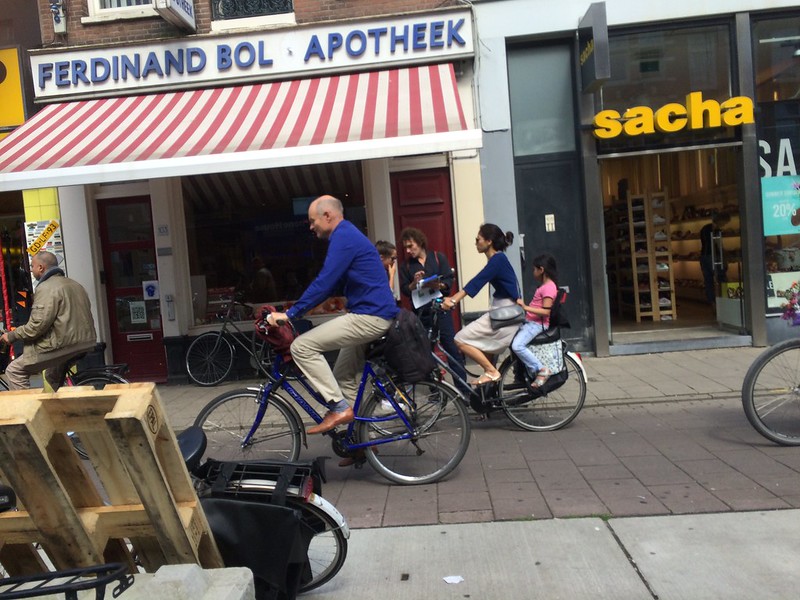 Posted by bikeWPB at 6:25 PM No comments:

Cyclists in the Land of Bicyclists

In the sea of bicycles at Amsterdam Centraal, yours truly managed to find a space. Yes you read that right. I took this picture so I wouldn't forget where I put it because one morning, I could not find my bike and was convinced someone stole it (whyyyyyyy why my tiny bike?? who wants that?) – negative I parked it further up the night before, inebriated, and outsmarting my next-day self. So anyway, what do we have in this picture? A couple tourists perhaps? With the most gaudy orange bags-or-whatever-that-is-in-the-front, along with *gasp* helmets, and the man even has gloves on -_- he's ready to drive his bicycle instead of ride it. Just embrace that for once, you are in the city where you do not need to fight cars to share the road. Welcome to Amsterdam. 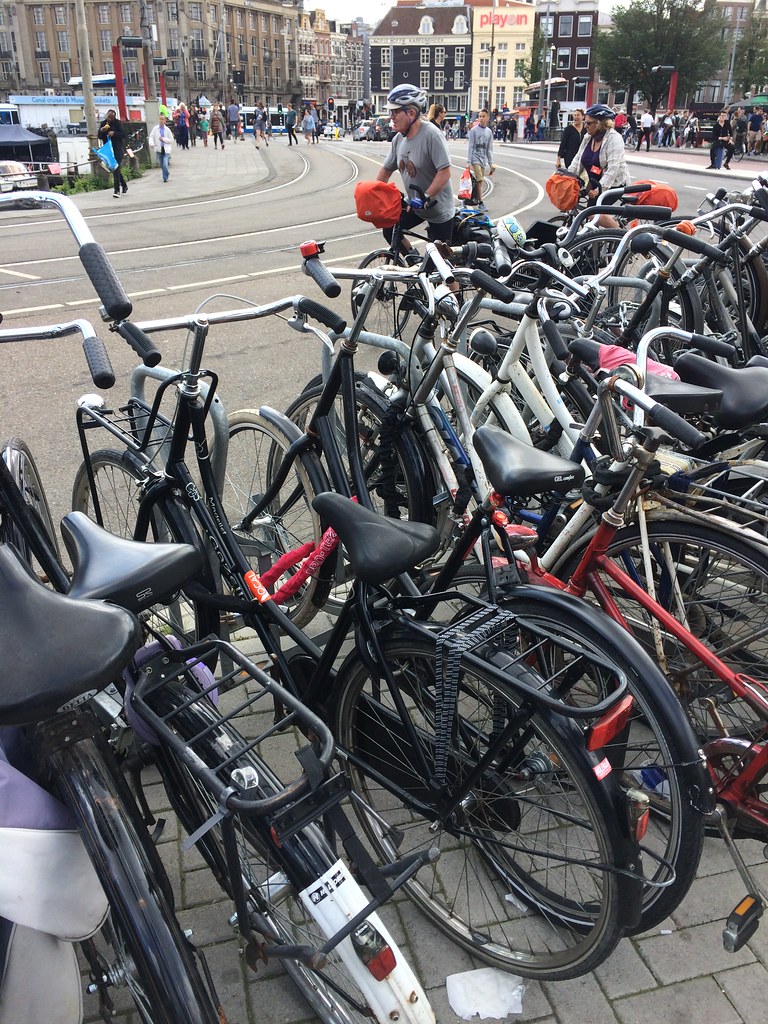 A group of cyclists refueling on the South Coast of Iceland near Vík. This area is a popular scenic cycling route passing by waterfalls and volcanoes. 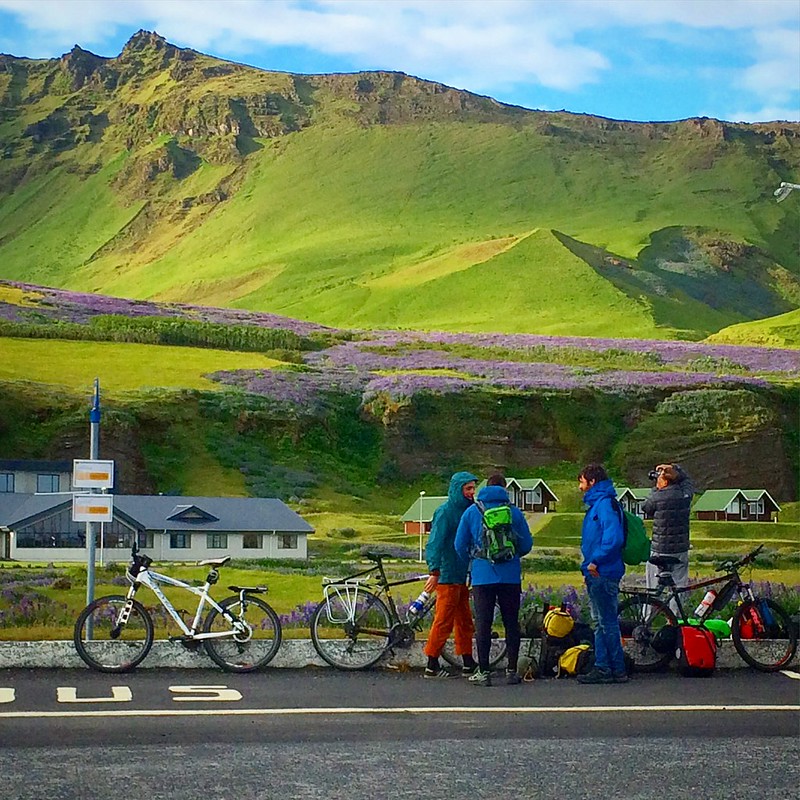 Posted by bikeWPB at 9:46 PM No comments:

Bicycles in the Land of Fire and Ice

This is the land of the real Viking Biking. Sorry Copenhagen. 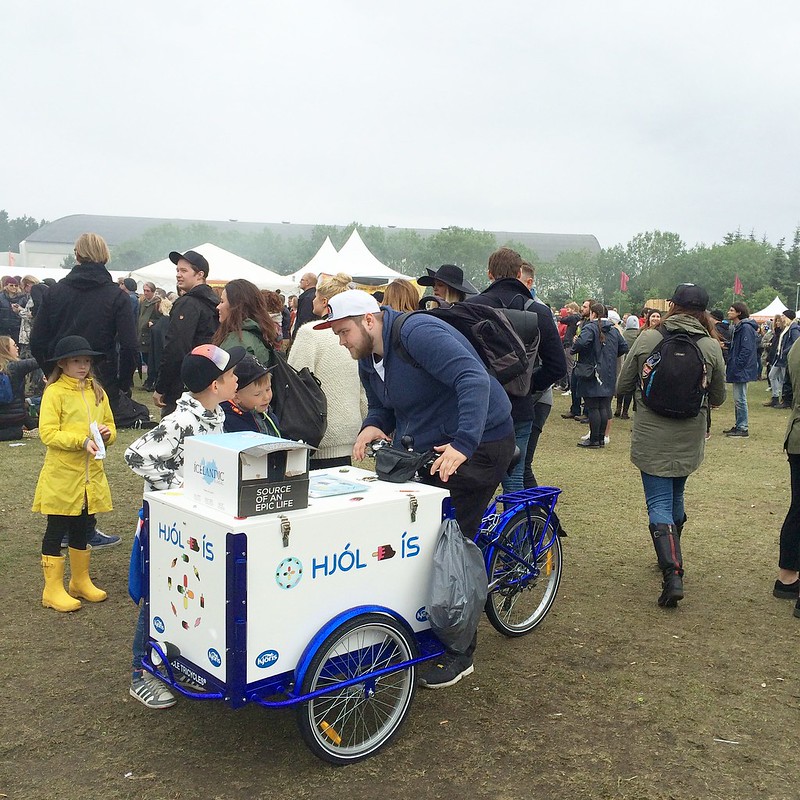 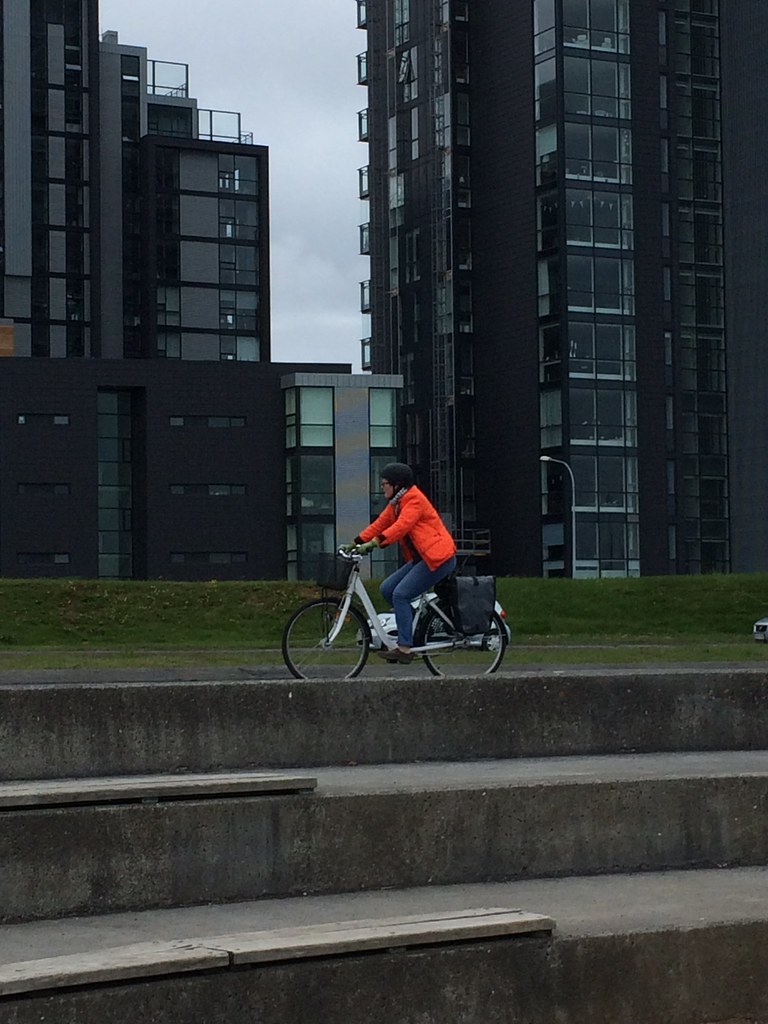 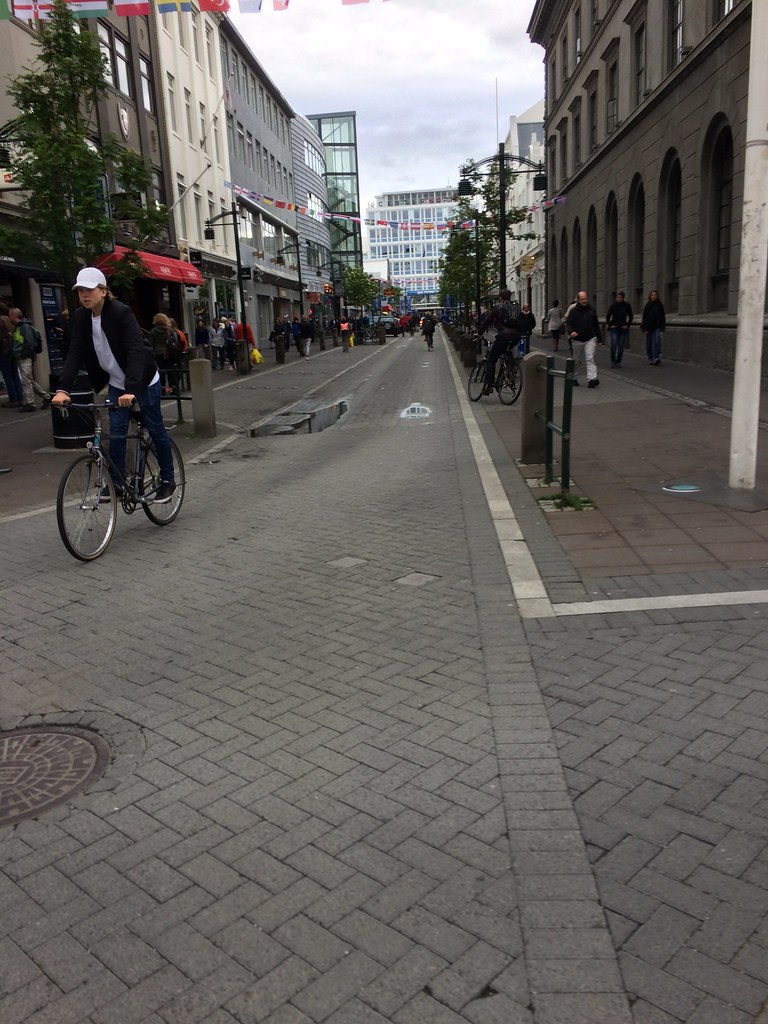 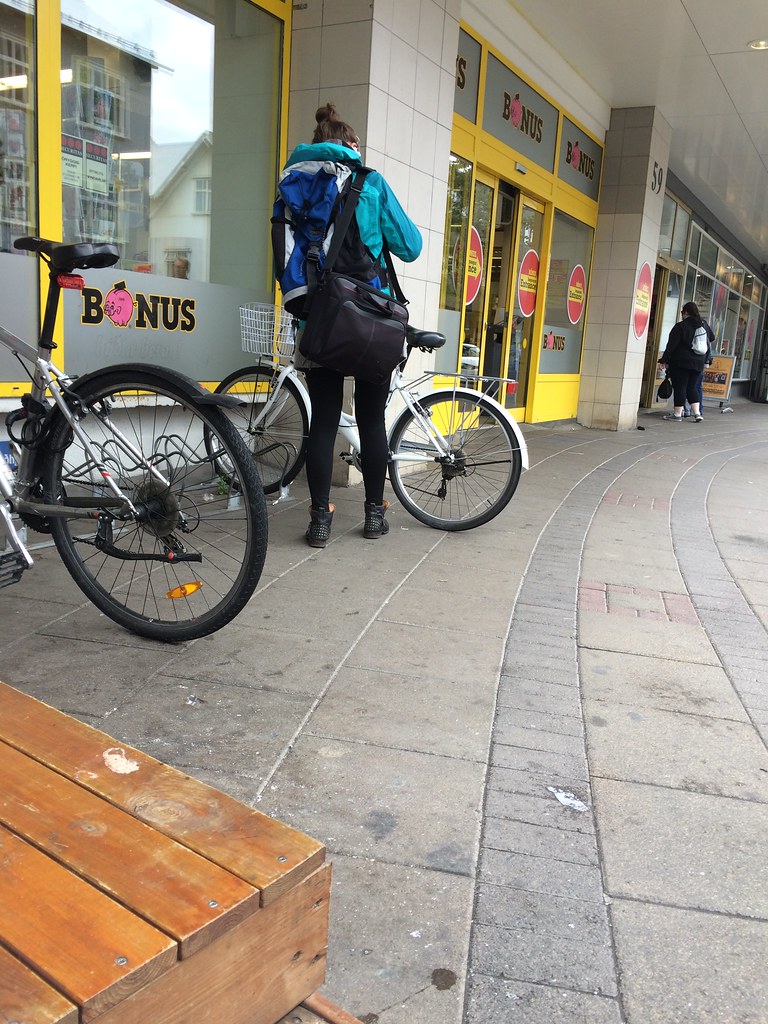 Beyond the hospitality to cyclists, nobody steals anything. What if I told you, that you can leave your bike, unlocked, with stuff on it, and nobody will touch it? This is almost unheard of. What shenanigans are these? Answer: Iceland is a tiny country and everyone looks out for each other. If you're drunk, someone will walk you home. It's a wonderful embodiment of a civilized society. 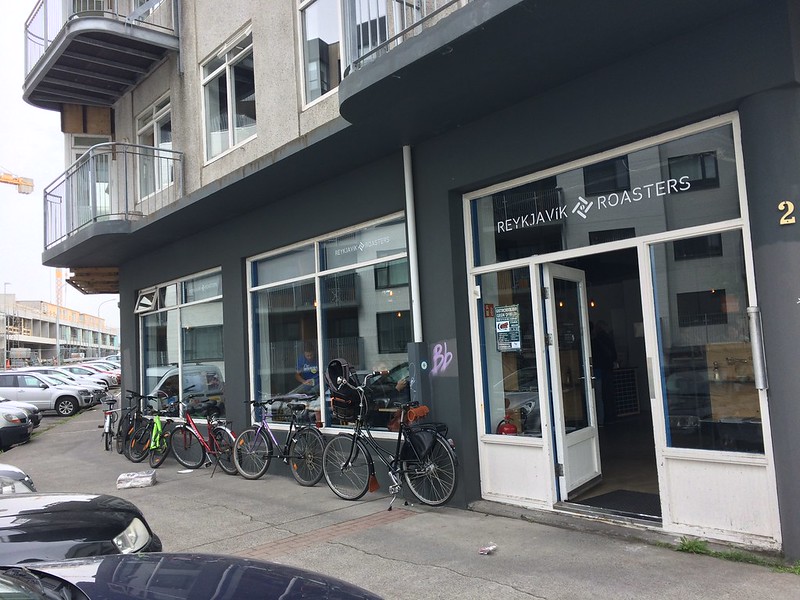 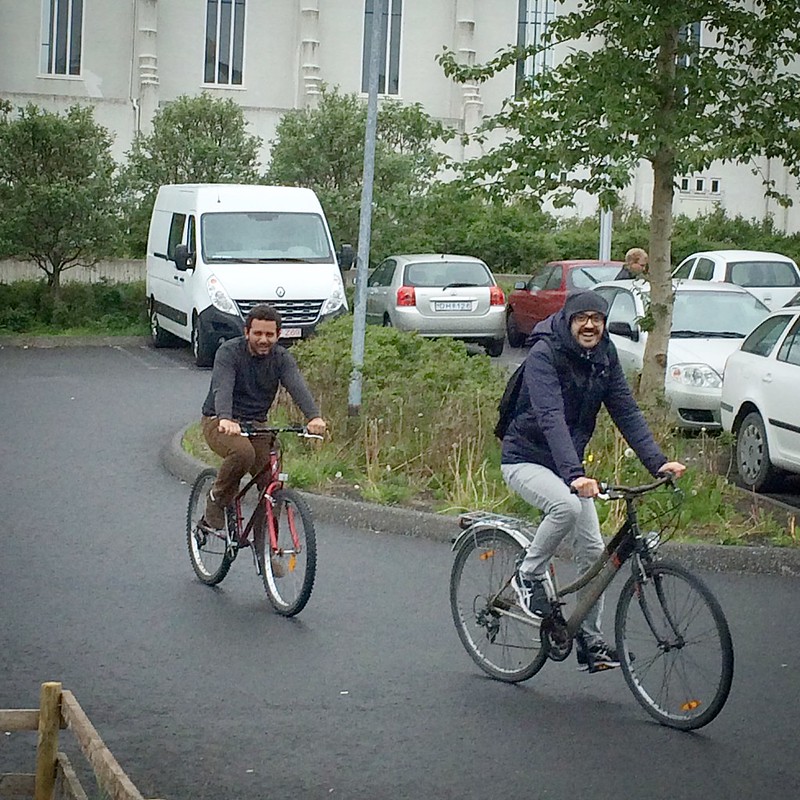 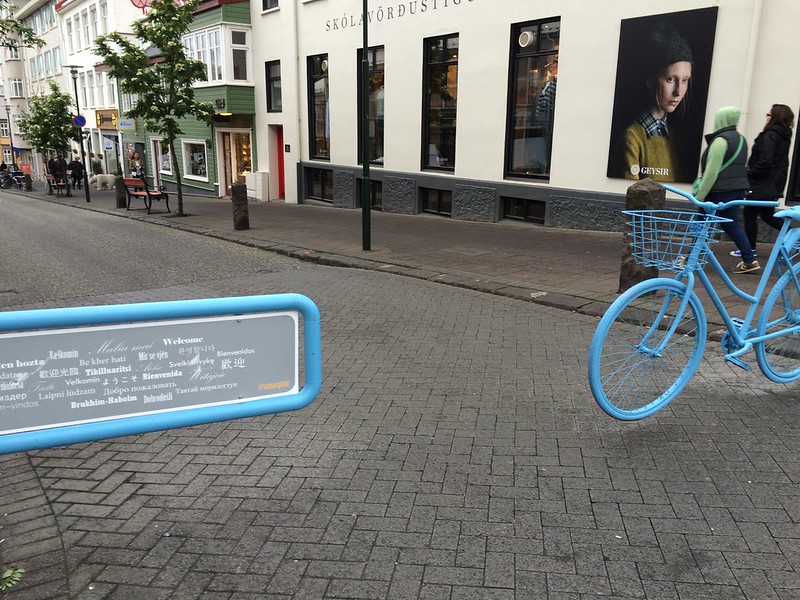 This past month I went on vacation to Iceland and back again to Amsterdam. Surprisingly enough,
Reykjavík has some protected cycle tracks and LOTS of cyclists, especially when the sun stops setting in the summer. My Airbnb host graciously lent me a bicycle and I took full advantage of it. Some streets are closed to vehicular traffic, while the main 60+kph thoroughfares have separate protected cycling lanes. Within the downtown core, traffic is calm and respectful enough that you don't even need signage that bikes belong. The streets belong to people. How civilized of you, Iceland, a country that isn't really European and isn't really North American either. It sits on the continental divide, a land of fire and ice settled by Vikings. Just doing its own thing. 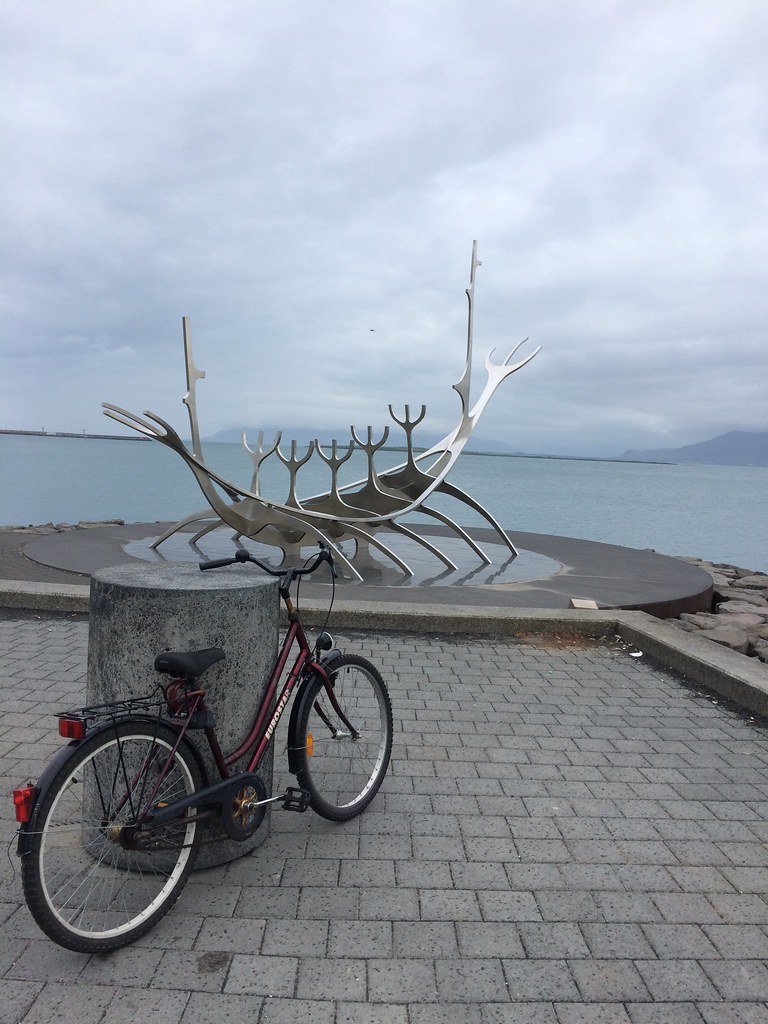 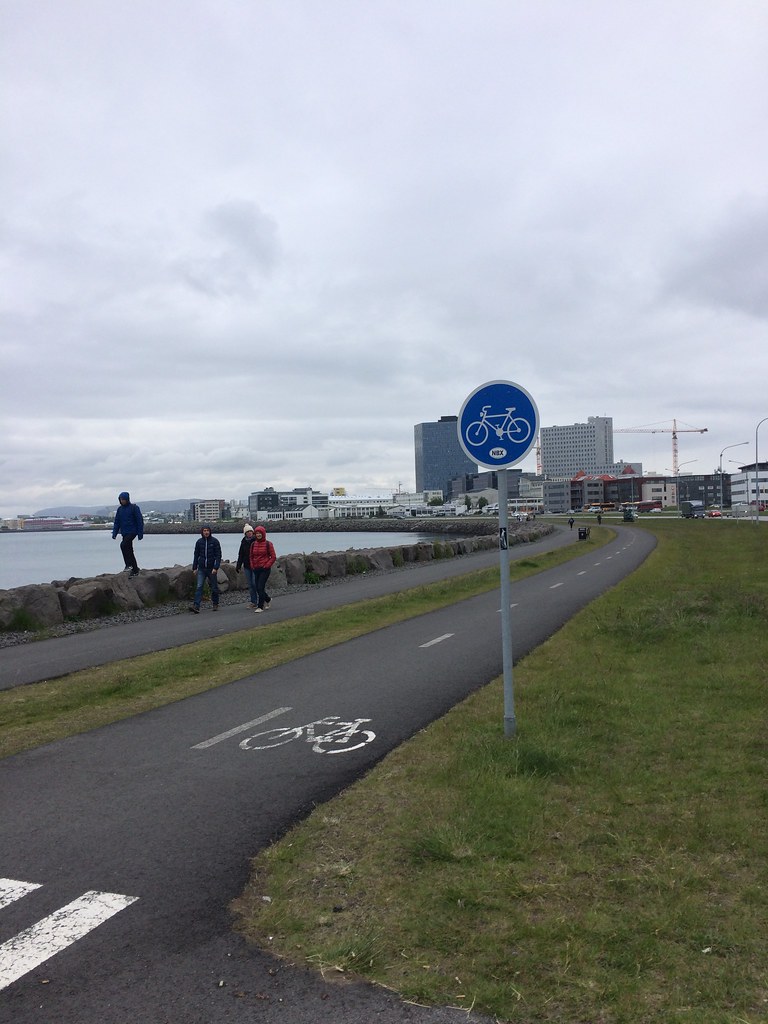 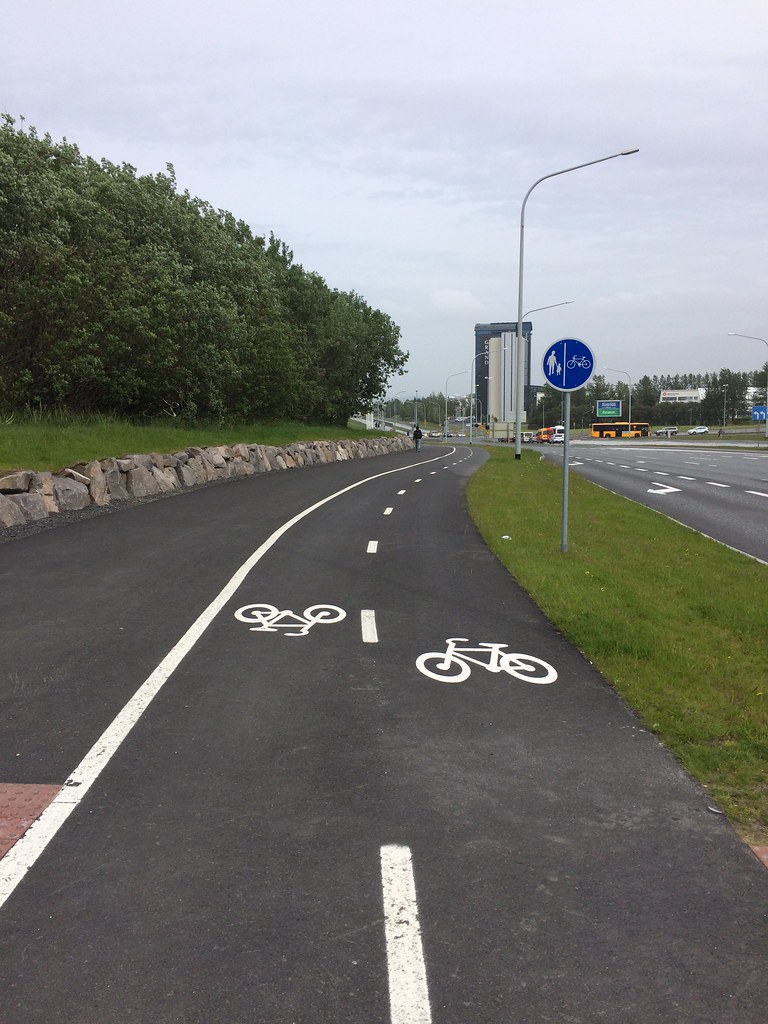 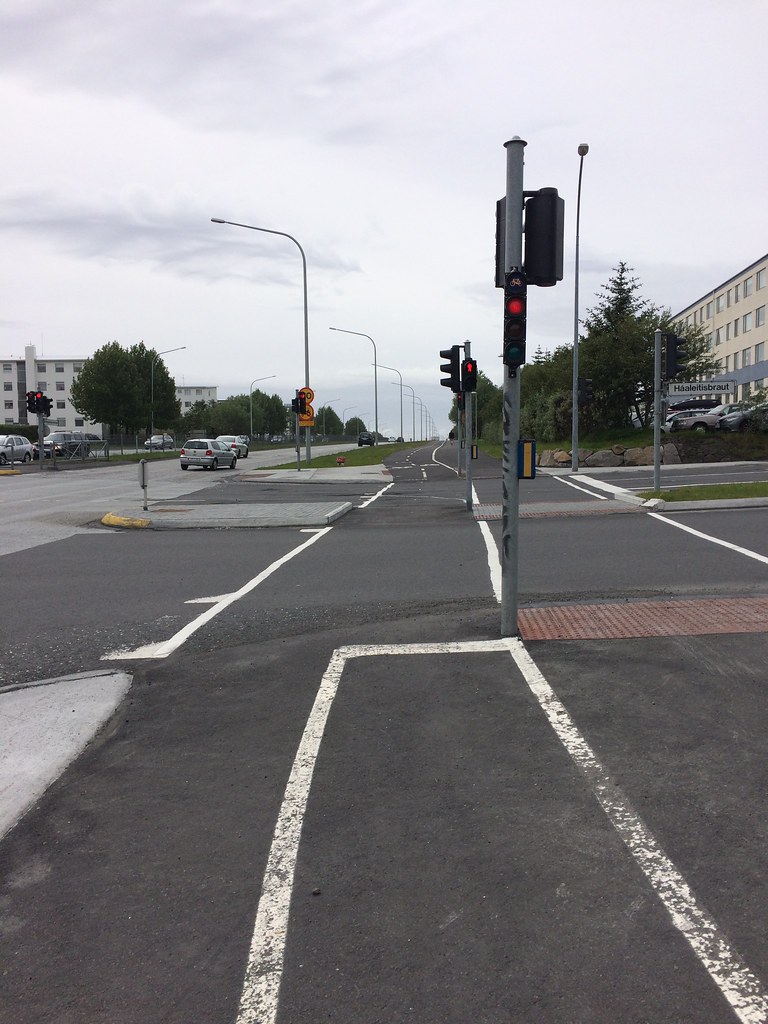 Posted by bikeWPB at 9:39 PM No comments: