Florida is a great state to ride a bicycle in. Year-round warmth, sun, and relative flatness makes cycling pleasant and relaxing. We are almost at sea-level, comparable to the Netherlands, yet cycling here is a byproduct of decades of campaigning and relegating bicycles to the "sports and recreation" sectors of society. Coupled with our own construction of suburban communities and subsequent car culture, South Florida has garnered one of the worst reputations in the whole country for injuries by motor vehicles. We have the worst traffic jams and worst attitudes on the road. But we are slowly starting to see change. I-95 is at capacity and trains are starting to make a comeback, linking cities along the coast and allowing for truly urban living. Anyways, in my opinion, whoever moves to Florida and doesn't want to live near the coast is beyond my comprehension.
Yesterday, the Florida Department of Transportation just announced acceptance of leasing of right-of-way along the 528 corridor linking Cocoa Beach to Orlando to All Aboard Florida for them to lay miles of track to start their Miami to Orlando route. The rest of the route in South Florida already exists so they are saving money and fast-tracking the project by using the existing FEC corridor. Hopefully one day they will link to other parts of Florida. On one hand I was extremely upset the high-speed rail was cancelled when Governor Rick Scott took office. So much money had been poured into it already. On the other hand, I thought the initial Tampa-Orlando phase was backwards. It's the Miami-Orlando route that is the longest and most needed. Amtrak with its once-a-day slow service was terribly inefficient. In order to get rail accepted, just like cycling, it needs to be made efficient. There was enough commotion caused by the high-speed rail debacle that a private company stepped up and readied to fill the niche. 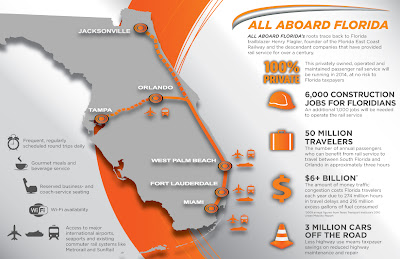 All Aboard Florida has already bought this parcel of land in Downtown West Palm Beach for the station, which they're studying now for potential road closings in order to accomodate the train platform. It's a delapidated property belonging to Sewell Hardware whose contract ends at the end of this year and hopefully the station will be a catalyst to spur new development to better link CityPlace with the Clematis district. This station will also serve as the new Tri Rail's Coastal passenger rail's station which will link every downtown along the FEC tracks from Jupiter to downtown Miami. 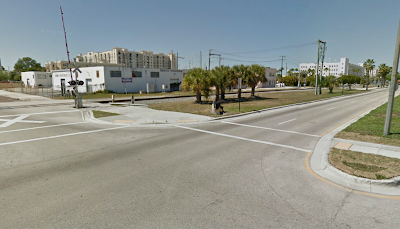 Map below is the projected rail lines that are going to be set up around South Florida. Yellow is the current Tri-Rail line, orange is the FEC line, and the blue and green lines are hypothetical express commuter trains running on a higher frequency. 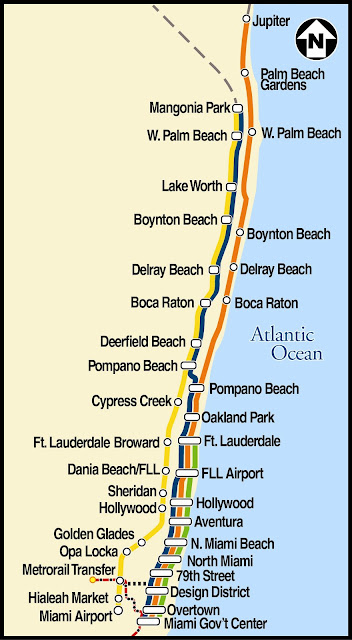 South Florida Regional Transportation Authority (SFRTA)has selected
Brookville Equipment Corporation to supply 10 new BL36PHcommuter locomotives. This new modern fleet of locomotive power willdrastically reduce fuel consumption and emission levels along with increasingsafety for Tri-Rail and its passengers. You can expect to see these locomotivesrunning along the 72 mile South Florida Rail Corridor in the fall of 2012. Inaddition to the base order, the contract has an option for 17 additionallocomotives. The locomotive will be manufactured in Brookville,Pennsylvania.
Since Tri-Rail’s inception in 1989, servicing commutersfrom Miami to Fort Lauderdale and Palm Beach, this will be the first purchaseof completely new locomotives. The BROOKVILLE BL36PH locomotives areconstructed with a modern all-steel aerodynamic nose and a semi-monocoque frameallowing for a lightweight and safe locomotive.

The BL36PH locomotives control system is built around acentral locomotive computer, supplied by TMV Control Systems, that communicateswith the other locomotive systems such as the traction motors and air brakesystem. This next generation locomotive control system will offer “real time”data providing onboard diagnostics and troubleshooting increasing in-servicetime of the locomotive.

Positive Train Control (PTC) on passenger locomotivelines will be mandatory 2015 and these BROOKVILLE locomotives have fullprovisions for a PTC system when the Tri-Rail implements it into theirfleet. This is another benefit that SFRTA will utilize when complying withthese new federal laws aimed at making rail travel safer. Safety and comfortfor the operator of these new locomotives will be provided from the desk styleoperator’s console located in the crashworthy cab built to comply with thecurrent federal standards for locomotive crashworthiness. The operatorwill have improved cab ergonomics, as well as, better visibility from threelarge front and two side windows with less blind spots. All aspects ofoperator comfort and locomotive safety have gone into the design of these newBROOKVILLE locomotives.

This new modern fleet of BROOKVILLE locomotive power will improvesafety, drastically reduce fuel consumption and emission levels for Tri-Railand its passengers. BROOKVILLE products are custom designed to the highestengineering standards for quality, safety, and environmentalresponsibility. The locomotives are meant to augment and improve theTri-Rail fleet, allowing a more efficient movement of passengers along theSouth Florida Rail Corridor.

How long this will all take to set up is anyone's guess. All Aboard Florida is hoping to be running by 2015 so I suspect they have the similar time table with these local new trains. New stations will have to be built so that's all time and money. I know I would never drive to the Gardens Mall ever again if I can take a train up to PGA Boulevard. I would be quite excited just for this feat! The All Aboard Florida should hopefully link up to the Orlando International Airport and create an intermodal center that would link up to Central Florida's new commuter rail Sunrail, which is under construction now. The cabs are being built in Philadelphia and are being delivered soon. 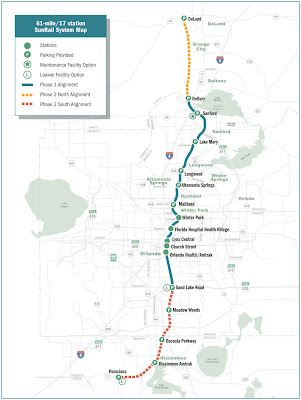 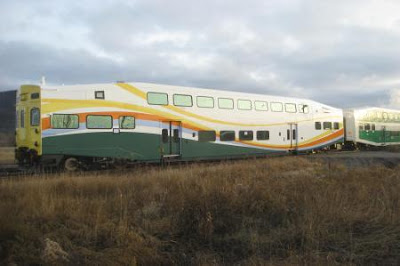