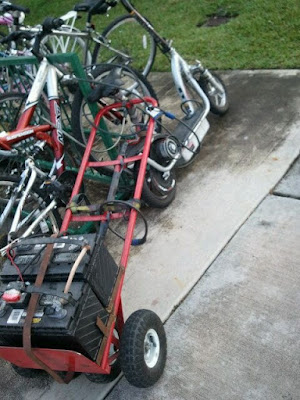 It's when something is just so bizarre that you don't know what to make of it. Your brain tries to process what's in front of you and it just comes up blank. Well 2 questions come to mind: 1) what is the drag weight of this contraption 2) and is this even legal? 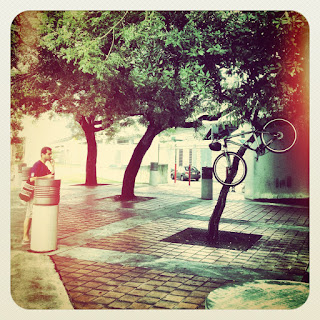 Example Numero Dos: That he's so nonchalant about it is the best part!

"Yeah...it's up a tree...because it can be. Totally ignoring the bike racks at the train station in South Miami and hitching the bike up a tree is how I roll. Just TRY to steal that." Maybe he's had some bad memories. 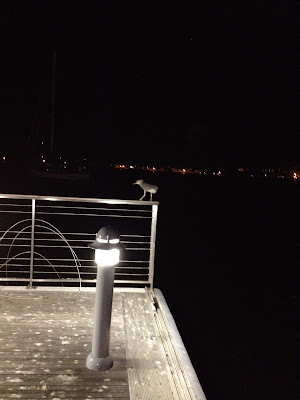 Just like this bird who knows it just got caught...at the end of the dock...

So I spent New Year's Day on the beach...it was like 80s?
It's currently 39 and dropping and we are under a freeze watch. Yay boots weather! I also finally got an iPhone so I've been busy with various filter apps. Here's a selection of musings from the past month or so: 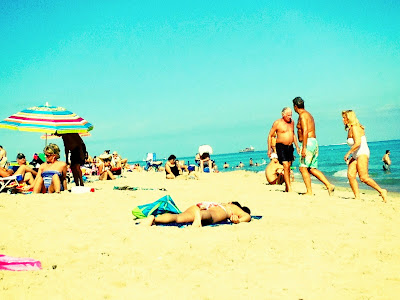 Aah the Beached Whale syndrome. Tis the season. I counted like 10 Russians (complaining about lack of bagels at Starbucks), 2 Frenchies, a couple of Cubans babbling for like an hour on the phone in the Spanish version of gibberish, and my eyes were accosted by European male short shorts. 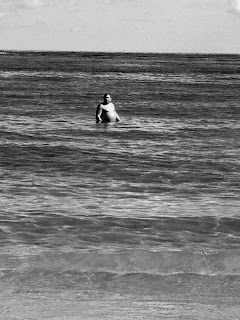 Cheers to Free Willy...
So the weather in South Florida has been unusually warm lately. Generally 70s-80s with warm afternoons and stark sunsets. I had some relatives fly into Miami on their way to Mexico from St. Petersburg, Russia that I had never met before so we went down to South Beach.
Miami Beach finally has a bikeshare program called DecoBike that's proven to be reaaaaally popular. And by popular I mean these bikes are like everywhere. Let me point out that Miami Beach is not Miami (a gigantic lunatic urban sprawl of a mess). If you value your sanity...you will NOT take the McArthur Causeway to Hell to get to the beach unless you like idling and choking the city with exhaust in traffic. However you get across Biscayne Bay, you end up in Miami Beach, in all of its North, South glories. Here at least bicycles are as ubiquitous as divebombing seagulls and those neon rollerbladers. It's a free-for-all of lost tourists, cab drivers, hopeless parking spot hopefuls in minivans, and the bizarre melting pot of people who try to actually live there. At least usually the best advice I've heard on snagging a DecoBike to rent is "Good Luck". 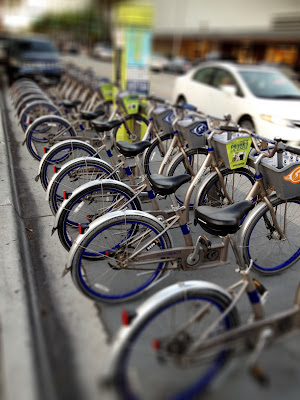 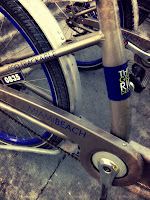 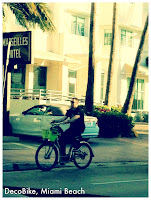 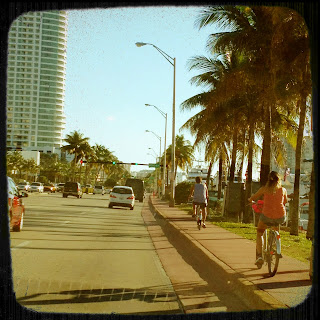 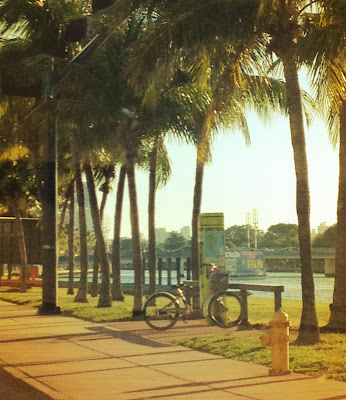 Kudos to Miami and I hope a bikeshare comes here to Palm Beach. I keep seeing more and more bikes and actually running into parking problems! Where we lack in bikeshare or even dang bicycles to rent for crying out loud, we make up for in bike taxis! Now this is an interesting breed of entrepreneurs, mohawks and all. Aside from staring me down while I am loading my own bicycle with groceries and occassionally disturbing the peace with some ghetto crunk music and just plain being a dick, I give them kudos. We tried it but cmon, $20 for a 2 min ride was quite the trial run. And since then, I've seen this guy everywhere. That ass is unforgettable. 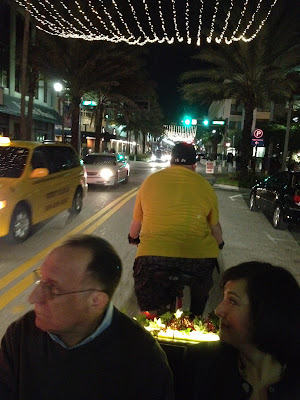 Before your eyes bleed from the next picture below, I'll say that some people in South Florida are indeed quite stylish and posh. They are the epitome of the fashionista world and we have all the best shops here for that. Some people are quite the opposite. Tri-Rail, however cruel your musings are, you never fail to entertain. And I am entertaining the idea of a mirror blog... 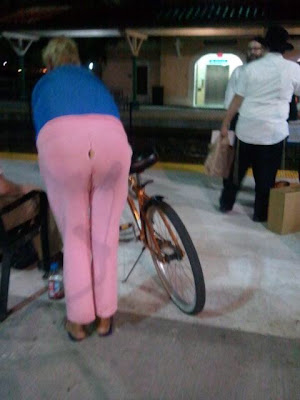 Hey it's the Pink Panther minus tail. I'll just believe that...
Downtown West Palm Beach has been all decked out for the holidays. I really wish they would just close Clematis Street to all traffic except foot and bicycle like Lincoln Road. The traffic jams and constant closures anyway are just a nuisance. Weekend nights its a club mayhem plus traffic mayhem and drunk debauchery is asking for something gross to happen. Like New Years night either it was spilled Kool-Aid (ask why..?) or blood... on a random corner...ooh mystery!
And keep these lights down the street all year long instead of just wintertime. 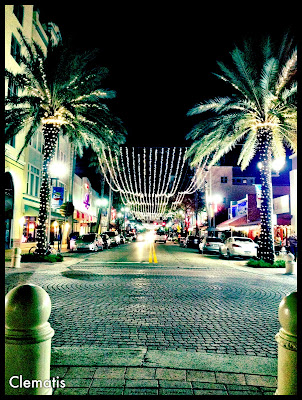 Floridians and their boat decor and me and my holiday bike decor. Look at that light pollution behind the "largest real tree on public display in all of Palm Beach County". It's unfortunate I see larger ones in people's yards at the McMansions on the Island. 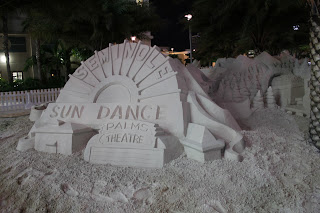 Downtown had a theme that played on the "Season" word that they turned to "Sea + Sun" and displayed large sand sculptures all around of different parts of Florida. How they didn't get washed away is a mystery. They all got bulldozed today.
We had a spectacular fireworks show that lasted for like 25 minutes. Flagler along the Intracoastal was clogged full of spectators..some of whom curiously dressed for the arctic and not a balmy 60s evening. We were also subjected to a rainfall of debris since the barge was that much closer and a smoke cloud that totally shrouded the final blasts. Minus the one they missed that they launched like 5 minutes later like hey, just kidding! After a good dusting, all the New Year revelers who came out in their pajamas realized it was past their bed time and went home. And took their vuvuzelas with them. Those things just won't go away... 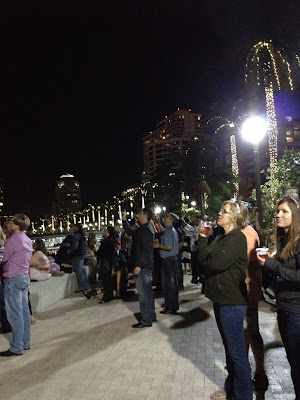 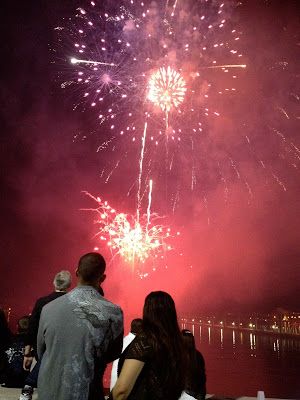