In celebration of our nation's Independence Day, we had another bike date to the inlet following the Palm Beach Trail up again but on our large dutch bikes this time. The ride this time felt like nothing as compared with last time on the smaller folding bikes. Another couple on the docks had the same idea. They were having a nice sushi dinner sitting on the dock, legs hanging over the edge above the turquoise waters. I love that little park. It has a couple of benches, some bike racks, a couple of nice cold water fountains, and the dock that goes out into the Inlet. All that we really need. If anyone has not done this ride, it's the most pleasant one around here!

We have one cruise ship here in the Port of Palm Beach called the Bahamas Celebration and it replaces the former Palm Beach Princess cruise line that was old and fell on hard times. We just happened upon the time it was setting sail and it's pretty fun waving at the people on the top deck who are hollering and waving back as they leave the Intracoastal and head to sea. While it doesn't compare to the behemoths that line the MacArthur Causeway in Miami, from sea level they're still huge and passing close by like that still illicted some wows. 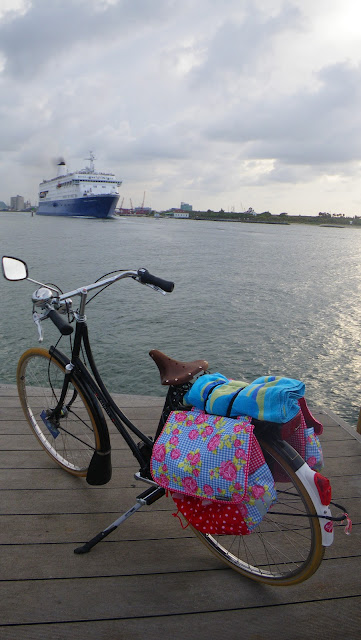 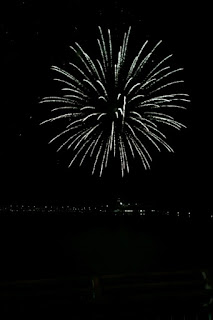