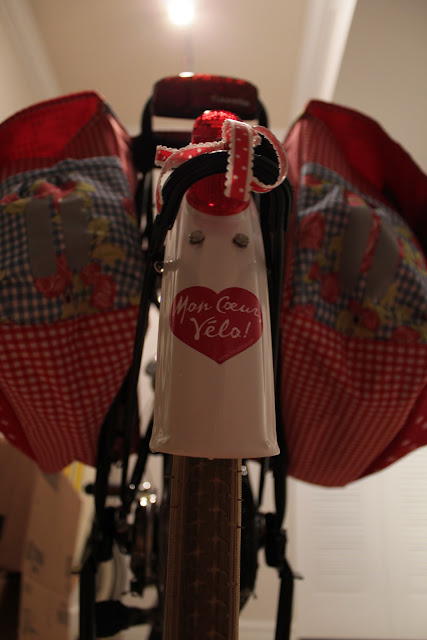 I decided to finally get a double set of panniers instead of my one bag. I went with Basil again because I like the crazy designs and the durability. I also like the fact that the straps don't cover the entire rear rack because I do need the usability of my rear rack's bungee straps. It's also so that my boyfriend can ride the bike and carry me on the rack without having to take panniers off, which is what we had to do with the Basil Mirte shopper bag. So it wasn't very convenient. So I got the Basil Rosa Double Panniers and it amazed me how many pockets it has! Pockets galore everywhere! Very awesome carrying things conveniently. Today in the morning we set off to the Parisian Cafe a couple of blocks down the street and he loves riding me around. I love it too because it feels romantic :) So there I was in my red polka dot dress sitting atop red rose/red polka dot panniers. It was beautiful looking at our reflection in the shop windows as we passed them by. The two straps that go across the rack to connect the panniers acted like cushions to my butt and for once it did not hurt sitting on the rack. So that's another plus. Go panniers! Later in the day, I rode the bike down to Belvedere on a thrift store spree. I checked out a couple down on Dixie, then headed back north to catch the trail end of the Antique Fair down by Datura. A few old ladies just loved the panniers and the bicycle! Then I went over the bridge to the Island to check out the Goodwill and Churchmouse thrift stores. That is THE best Goodwill I have ever been to. So much junk from rich people became my treasures! I bought a gift for my mother for Mother's Day that was the really expensive item, but faaaar cheaper than you could get anywhere else. I got a really cute cobalt blue glass with silver handle sugar container with a spoon (or you could put whatever in there) from England and my first ever designer purse, a Coach bag. I figured my birthday is next weekend and whatever, why not, you know? I could say my other two purses look like they are disintegrating anyway. I came home nicely sunburnt. I didn't realize my frolicking took 3 hours. I stopped at Publix to get a bottle of cold water and it nicely fit into the side pockets of the new panniers! I am very pleased. Saw lots of cyclists out today and they were all very friendly :) Must be a weekend happy mood. One guy on a roadie asked to race me lol.

So I came home and decided to take the flower-covered wire basket held together by bungee cords to my folding bike, OFF. I then put the Basil Mirte shopping back (just to see) and it fits fine! The rear rack is part of the frame so its also thick and works with the Mirte. It does not hit the spokes and at first it did hit my heels but then I moved it further back and alleviated the problem. I now have full use of the rack, which has a spring hinge on it perfect for more groceries! Or in today's case I was going down to take the train to my boyfriend in Fort Lauderdale and always stuff pack my backpack full. I put it on the rear rack and the spring held it down securely. Again, very pleased with my sheer genius. And now my boyfriend can also ride it without feeling its "too girly". He refused to ride it when I tied flowers around the wire basket originally. 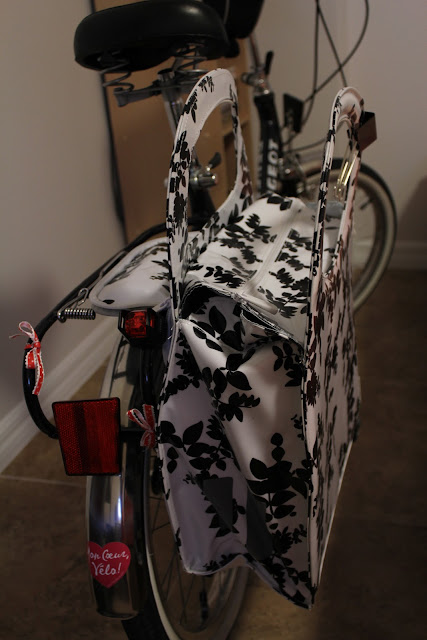 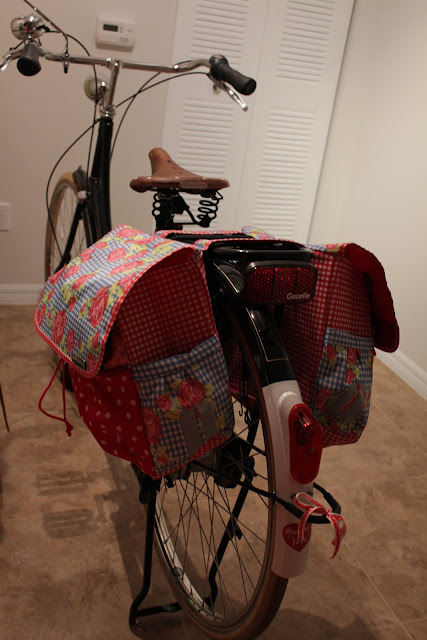 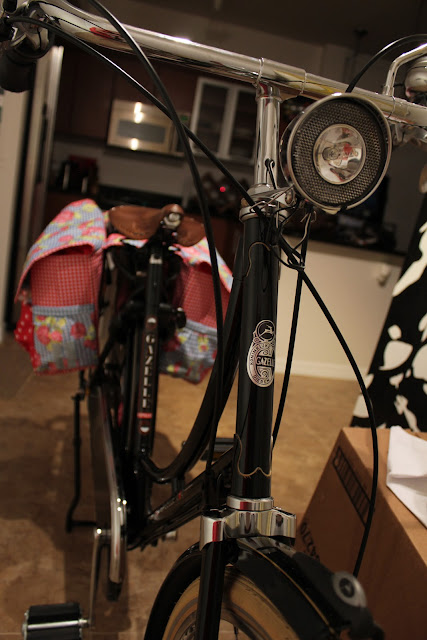 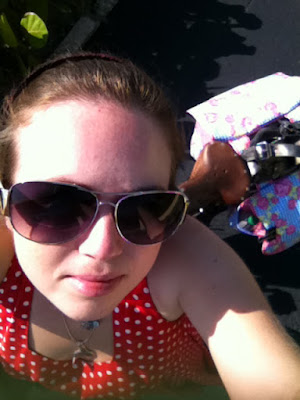 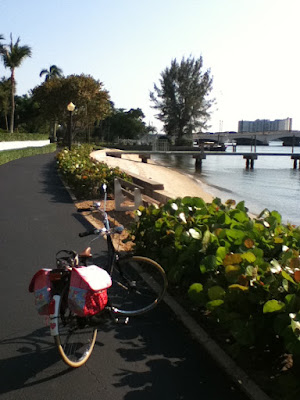