Every weekend I take the commuter rail called Tri-Rail down to Fort Lauderdale to my boyfriend's. Every time there's some interesting bicycles aboard. 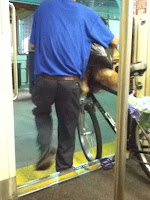 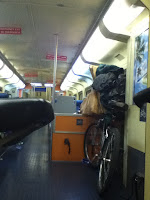 Welcome to the bicycle glory hole that is Tri-Rail. On Fridays and Sundays the cars are packed with bikes. There's even spaces to strap the front and rear tires in securely, however the velcro really sucks and defeats the purpose by always coming undone. Sometimes they are just leaned and piled ontop of one another. This particular gentleman had a whole mountain of junk piled up on his bike. He didn't tie it to those straps to hold in the wheels, nor did he even put the kickstand up. He assumed it would stay put. When the train was shaking and he realised it was about to fall apart, he had to stand next to it. Then it was interesting watching him trying to take it off. There were trash bags and piles of flattened boxes. Wonder how he rode home. 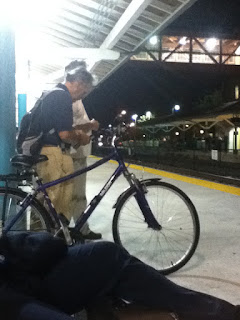 This was on the platform waiting for the train. A Raleigh! But why are the fenders so tiny? 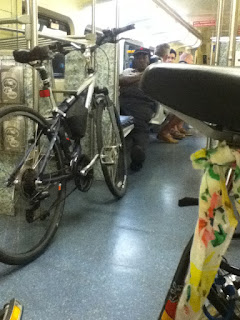 This interesting gentleman was staring at me the whole time on the train. Look at his seat with the suspension post! He actually cares about his ride. Or maybe he got it for $10 somewhere. He has a fancy bag that fits in the diamond frame that seemed to have tools in it when he was fiddling with it.
On a different note, CityPlace had an art festival (Part 2 they claim from last year) free to the public with lots of interesting things and strangely, lots of bike motifs! 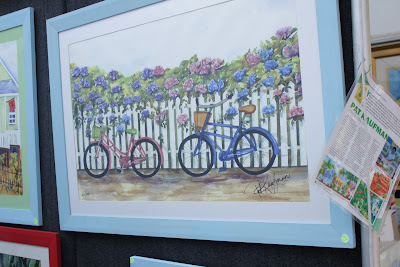 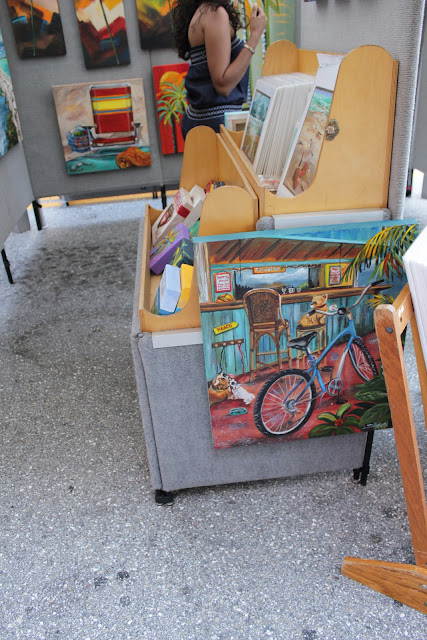 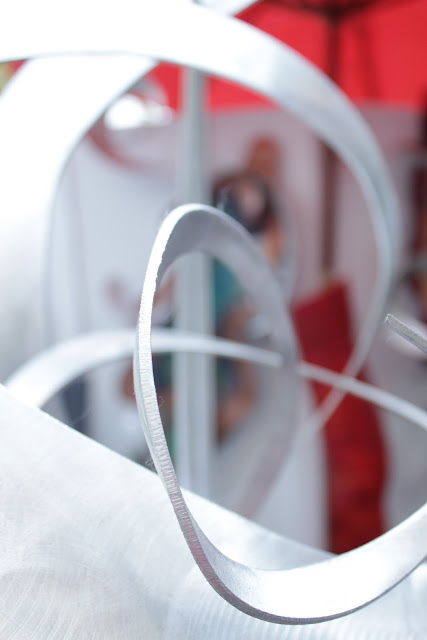 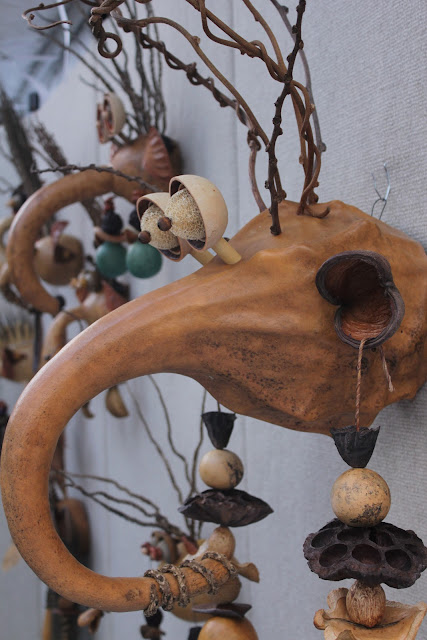 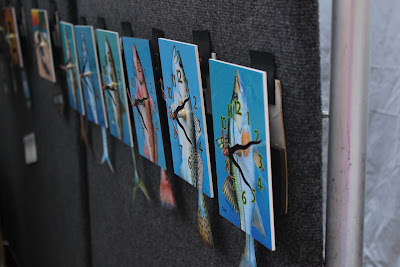 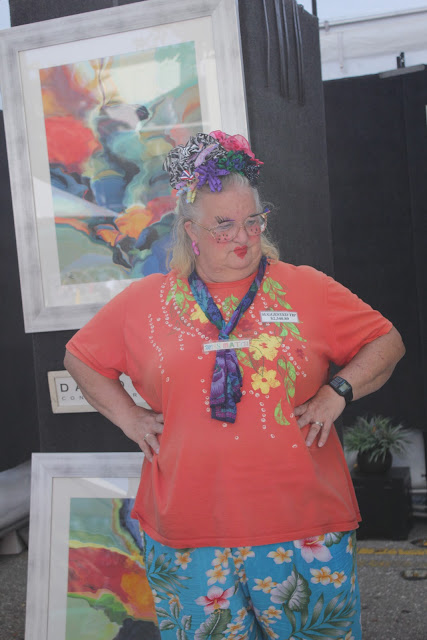 Crazy dressed up lady with old calculator watch. Havent seen those since the 90s 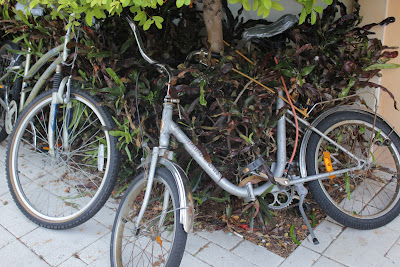 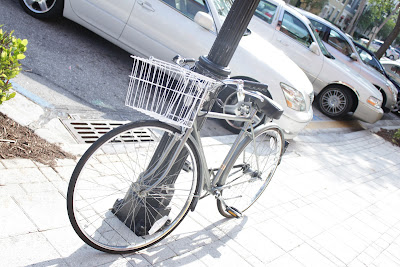 This interesting bike was parked outside Publix. A Panasonic?
Posted by bikeWPB at 7:59 PM