Today is International Women's Day, or in Russian, just the 8th of March. Today is the 100th Anniversary of International Women’s Day. This global celebration honors womens’ successes and is a day to reflect on every woman that has made a difference in someone’s life, be it a mother, grandmother, daughter, aunt, sister, cousin, girlfriend, mentor, etc. It is a major day of global celebration of women. In different regions the focus of the celebrations ranges from general celebration of respect, appreciation and love towards women to a celebration for women's economic, political and social achievements. In the United States, President Barack Obama proclaimed March 2011 to be "Women's History Month", calling Americans to mark IWD by reflecting on "the extraordinary accomplishments of women" in shaping the country's history.


In my culture, the 8th of March is a National Holiday and my father always gave me goodies. It's just a general appreciation of women. I told a couple of male coworkers and in shock they were like "Another day in addition to Valentine's Day, anniversaries, birthdays, Christmas, etc.??" The fact that it celebrates women's achievements also alluded them. Their response was "What if my wife hasn't achieved anything?" That's not the point at all. It celebrates ALL women and gives respect to them, regardless of what she has contributed. Plus, what giving birth is not considered an achievement anymore? They think it's another day they have to buy more stuff when it really is not. In any case, perhaps it's just an American guy thing. I can understand if they don't want to support it because it has roots deep in socialism and communism but I think it's long outgrown that.


Please take some time to express the love and appreciation you have for all the women important in your life and just tell them that you love them. 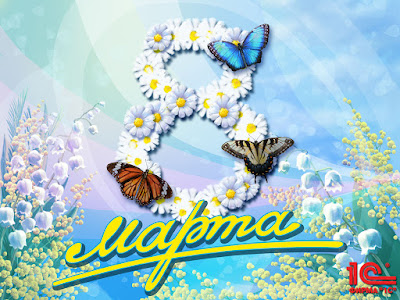